Displaying the names of 22,500 members ranging from when the recreational club was founded in 1903 until August 2015, the ‘Wall of Names’ is laser cut from steel by Barnsley-based Cutting Technologies.

Commissioned by London-based graphic design agency, why not associates, Cutting Technologies laser cut 60 panels which now cover an entire side of the club’s new archive room which contains hundreds of photos, film reels, records and memorabilia collected throughout the years.

Jane Robinson, director and co-founder of Cutting Technologies said: “This was a fantastic project to be involved in. To see all of the names on the wall really brings home how influential places like Salford Lads Club can be in the community.”

Salford Lads Club was founded by the Groves brothers in 1903 and was opened in January 1904 by Robert Baden-Powell, founder of the Scouts Movement.

In 2007 Salford Lads’ Club came third in a nationwide poll to find Britain’s most iconic buildings. The club continues to provide opportunities for local young people in sport and arts. 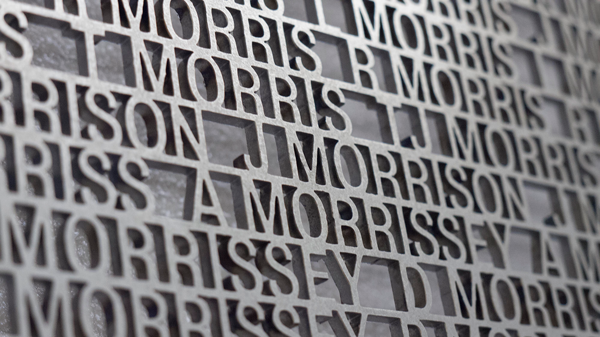 The January Furniture Show Is Here – ...