The Grade II listed barns and farmhouse at Elms Farm, Derbyshire, are packed full of history. Originally built in 1775, the barns are the former home of the Little Eaton Brewery Company, owned by Officers, and were used as a malthouse and granary before later becoming a working farm.

Now, what was once the granary stands the home of Fiona Smedley and her husband John, who transformed the barn into the unique and rustic property it is today, all while ensuring the essence of its history remained.

Fiona’s father had bought the barns and farmhouse in the 1980s and ran the site as a farm until he retired in 2017. It was then that he passed on the former malthouse and granary to Fiona and her brother, who took on the buildings with the aim of turning them into homes two years on.

Fiona and John worked with local architect, Paul Gaughan Building Consultants to draw up the plans for the granary, which was being used as a barn at the time. After a few tests to analyse the conditions of the groundworks, all legal checks and necessary approvals were granted without any major changes to the initial architectural drawings.

When builder Ken Tansley from Interbuild Ltd was first introduced to the site back in May 2017, the barn was still full of old farming machinery, cow partitioning, and even had ducks and chickens living in a part of it.

“It was a typical old barn when we first started. We needed to rip a lot out of the building, dig out the floors, do some repointing, and the roof needed to be redone. With it being a listed building, all this preparation and rebuilding work had to be done very carefully and by the book.

“As the build went on, the architects’ drawings did have to be slightly amended, as is the way with many renovations, but fortunately everything went pretty smoothly and there weren’t any major problems or changes.”

Light and heat were two large factors that had to be taken into consideration during the planning stages. The barn had little-to-no insulation, and what would become the second floor had no access to natural daylight – two common issues to tackle in a normal barn conversion, but a Grade II listed property would need extra care and compliance.

To accommodate this, many of the upstairs’ original beams, which the owners had hoped to keep, had to be covered for insulation, and fifteen roof windows were drawn into the plan to bring natural daylight into the top floor rooms.

Ken first heard of Keylite when visiting Buildbase Derby, and soon got in contact with Keylite’s National Brand Development Manager, Tom Jarvis. “Tom was fantastic, he came out to Elms Farm to meet us and even bought a sample. It was an easy sell due to the price and the fact that all the flashing and add-ons came with the windows as standard, which again saved us on time and price. That, and the homeowners knew they could also get a wide range of blinds from Keylite as well.

“The team and I work quite regularly on listed buildings, which meant drawing out the specifications and dealing with local conservation and listed building authorities was a straightforward process.

“Usually, roof windows can pose an issue for listed buildings, as they sit higher than the roof tiles and therefore cause compliancy issues, as well as being an eyesore. However, another huge selling point for Keylite is that the windows are recessed as standard – meaning they sit lower in the roof, enhancing the overall appearance, and improving the thermal performance of the window.”

Two years on, the Barn at Elms Farm has been transformed into a beautiful rural home. Having stayed true to the building’s long history, homeowner Fiona has worked to ensure as much of the original structure is incorporated into her home as possible.

“The barn has such a long heritage, and having grown up on the farm, it’s been such a huge part of my own history too. We’ve kept many of the old original beams uncovered, particularly downstairs, and tried to incorporate as many of the inside stone walls as we can without plastering or covering them up.

“The stone floor that you can see has always been here and was actually what used to cover my old horse’s stable! We took the stone up, installed underfloor heating throughout the property, cleaned it up and laid them all down again.”

The L shaped building consists of a lounge, three bedrooms with en-suites, and a sunroom, which used to be an old pigsty, looking out into the garden. The sunroom, true to its name, invites a plethora of natural daylight and warmth thanks to the bifold doors and two Keylite roof windows.

“There is no attic in the barn, meaning the second floor is literally in the roof. Skylights or roof windows were the obvious choice to help bring natural light into the upstairs rooms.

“Four of our hard-to-reach Keylite windows are electric, which definitely saves us from having to reach with a pole every time we want some fresh air, or when it rains.

“The three bedrooms all boast two Keylite roof windows, and each en-suite has an added one. The light that the windows bring in is wonderful and really helps to enhance the beauty of the property. We were only saying the other day just how much we love it here.” 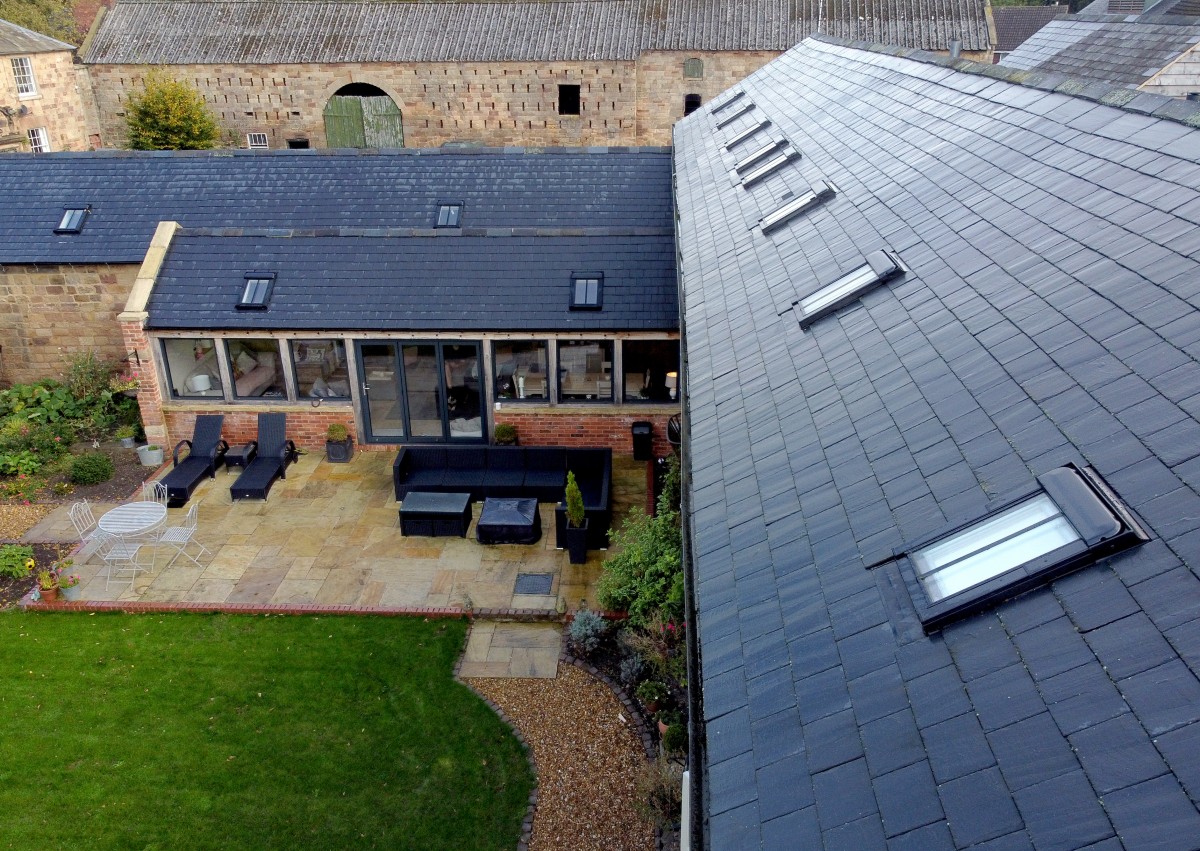 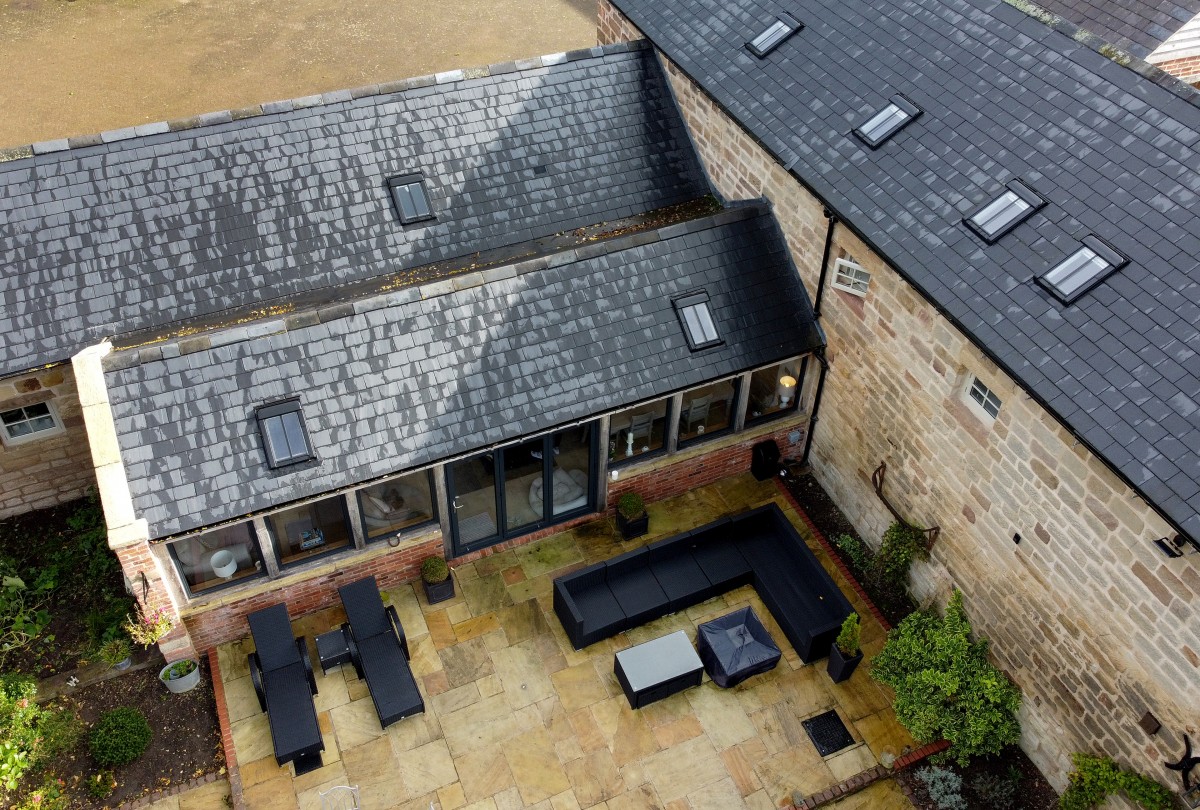 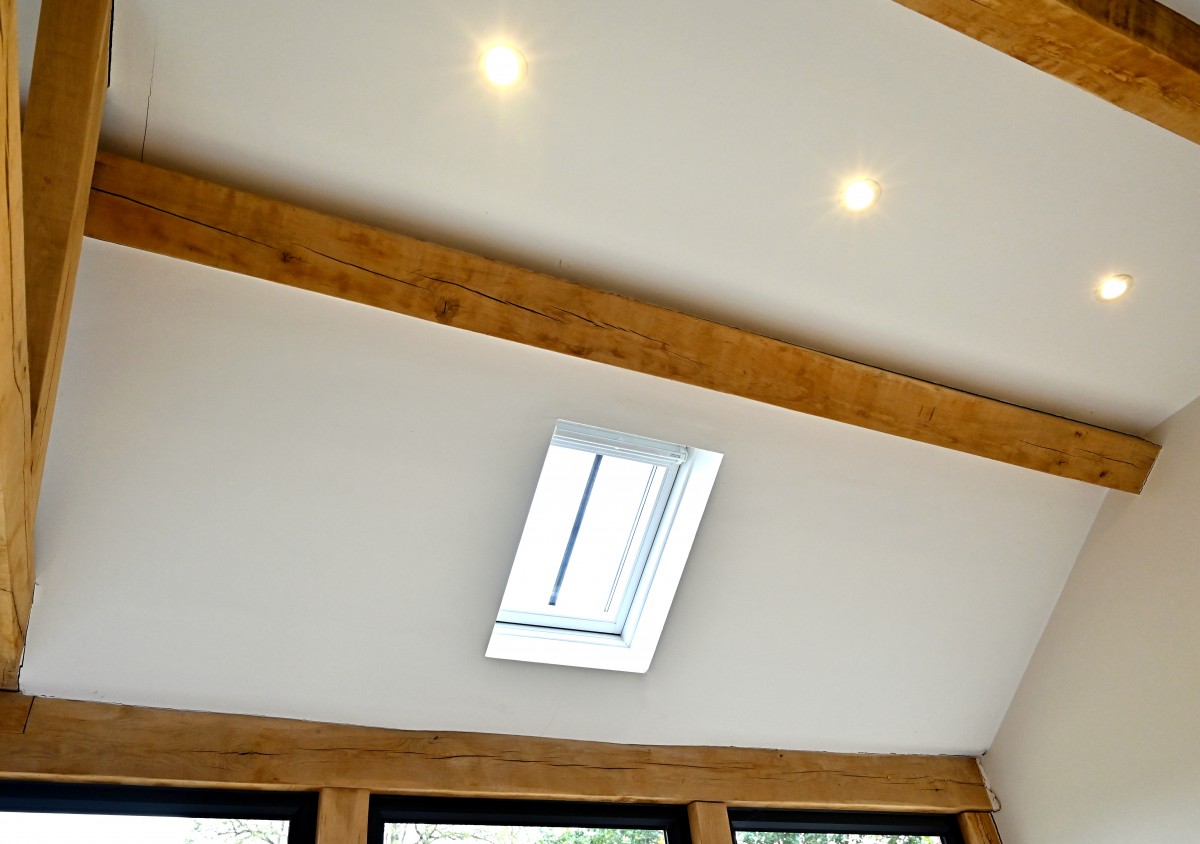 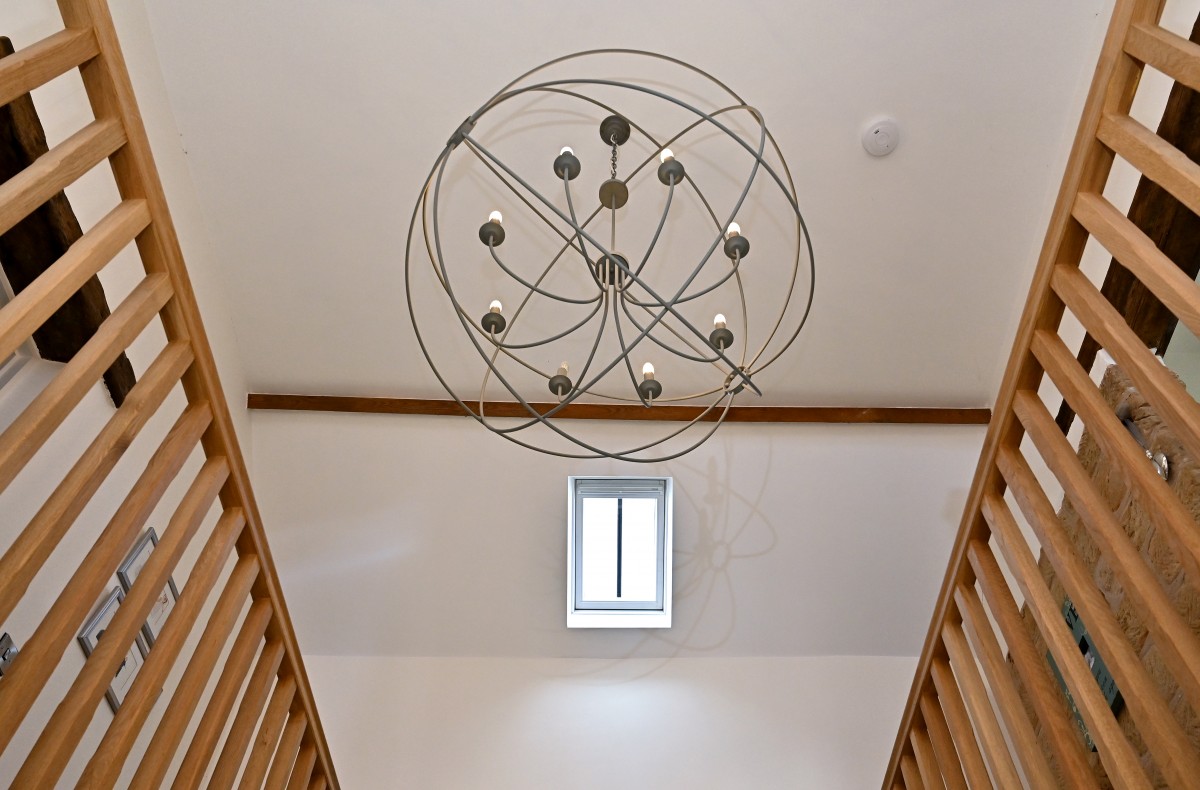 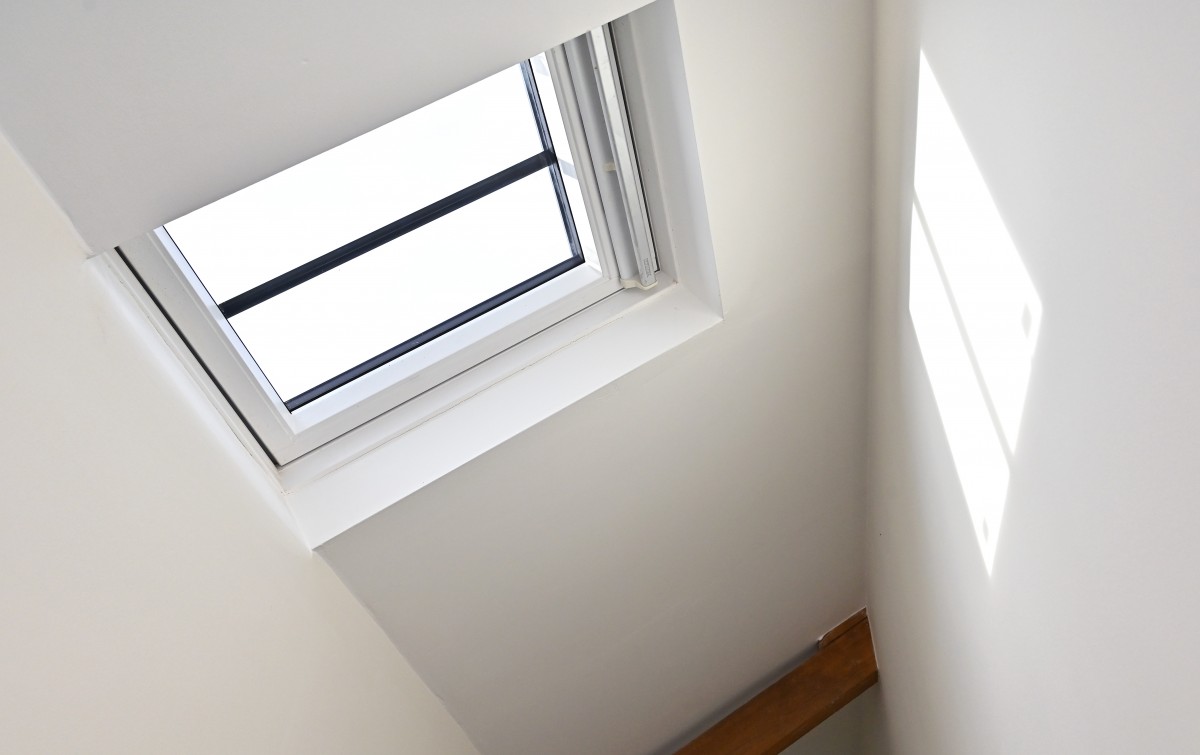 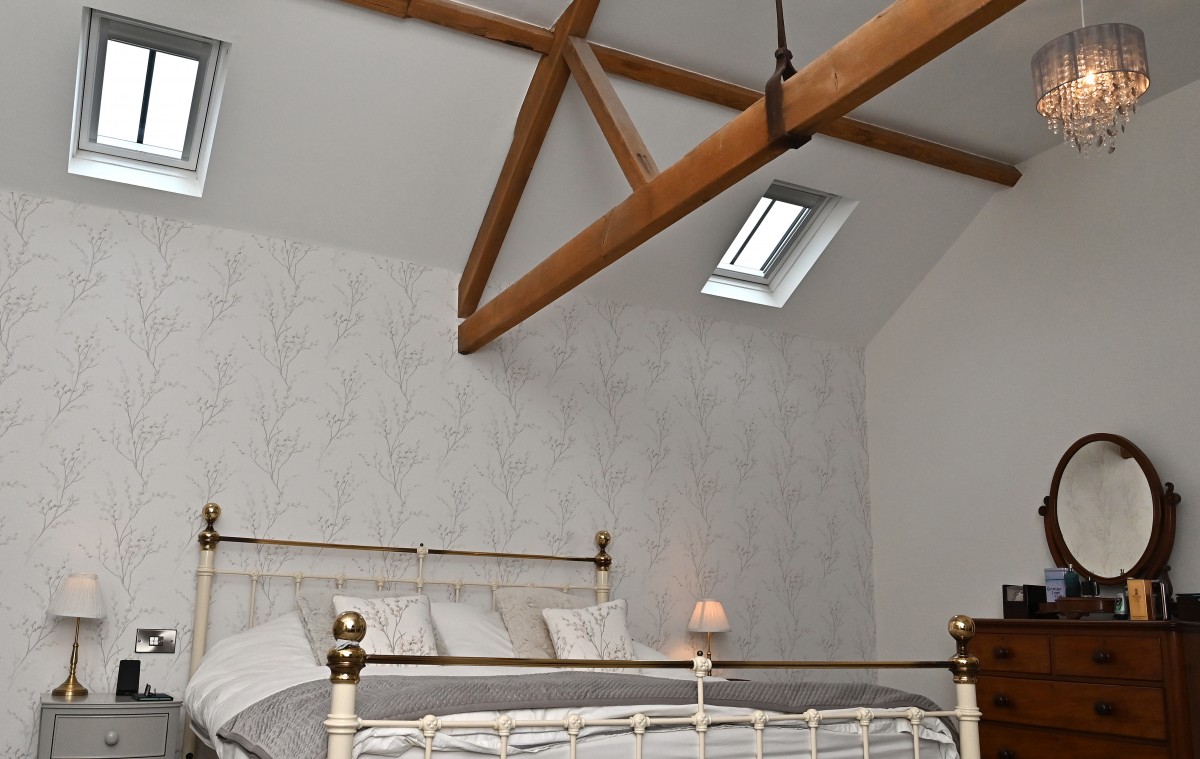 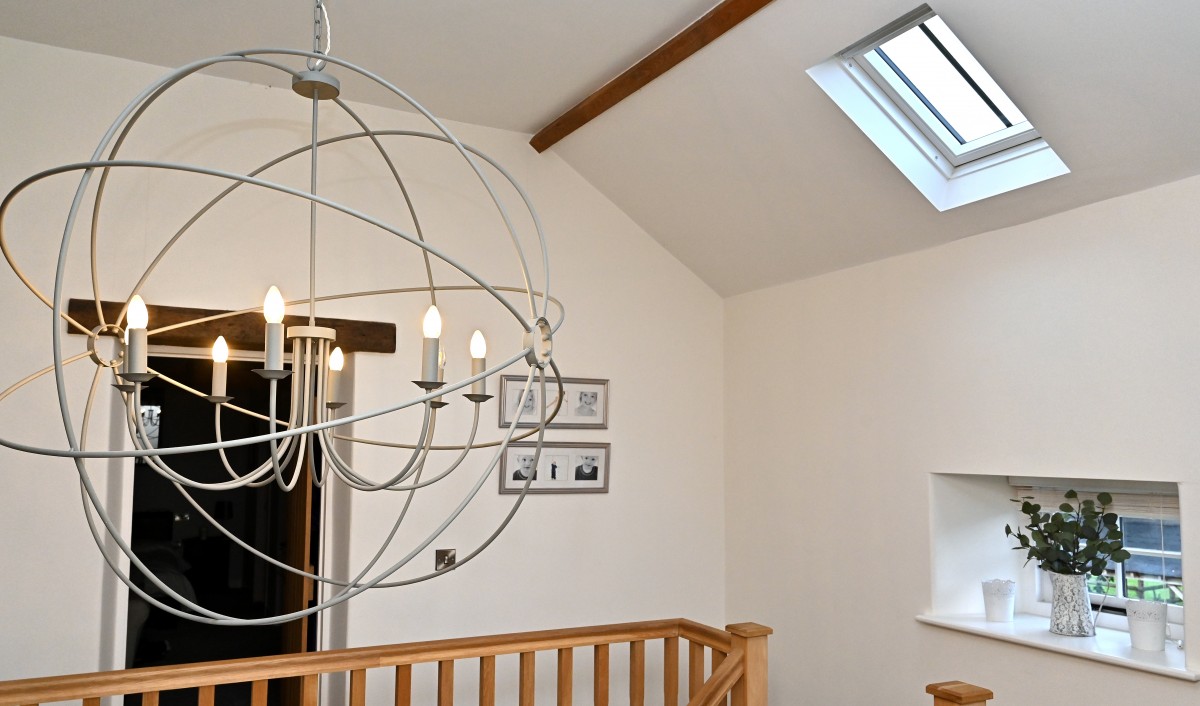 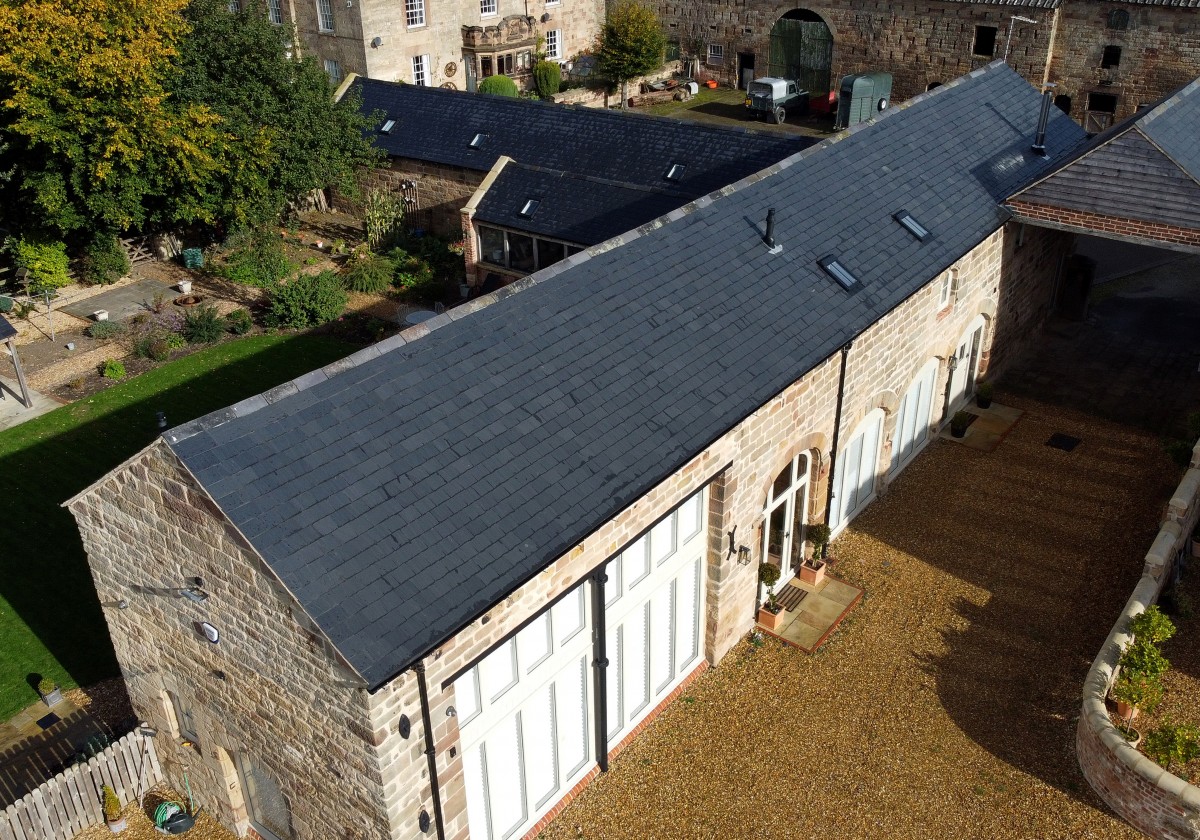 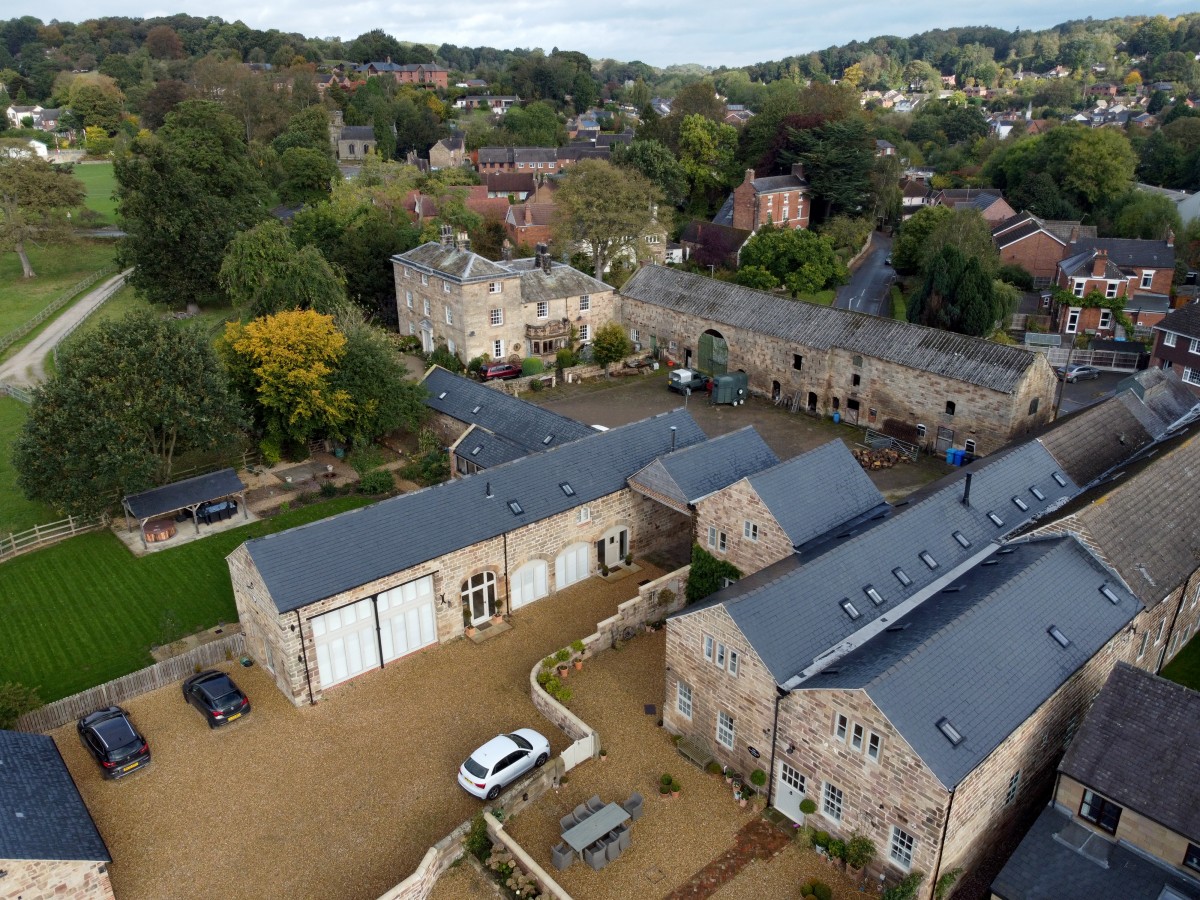 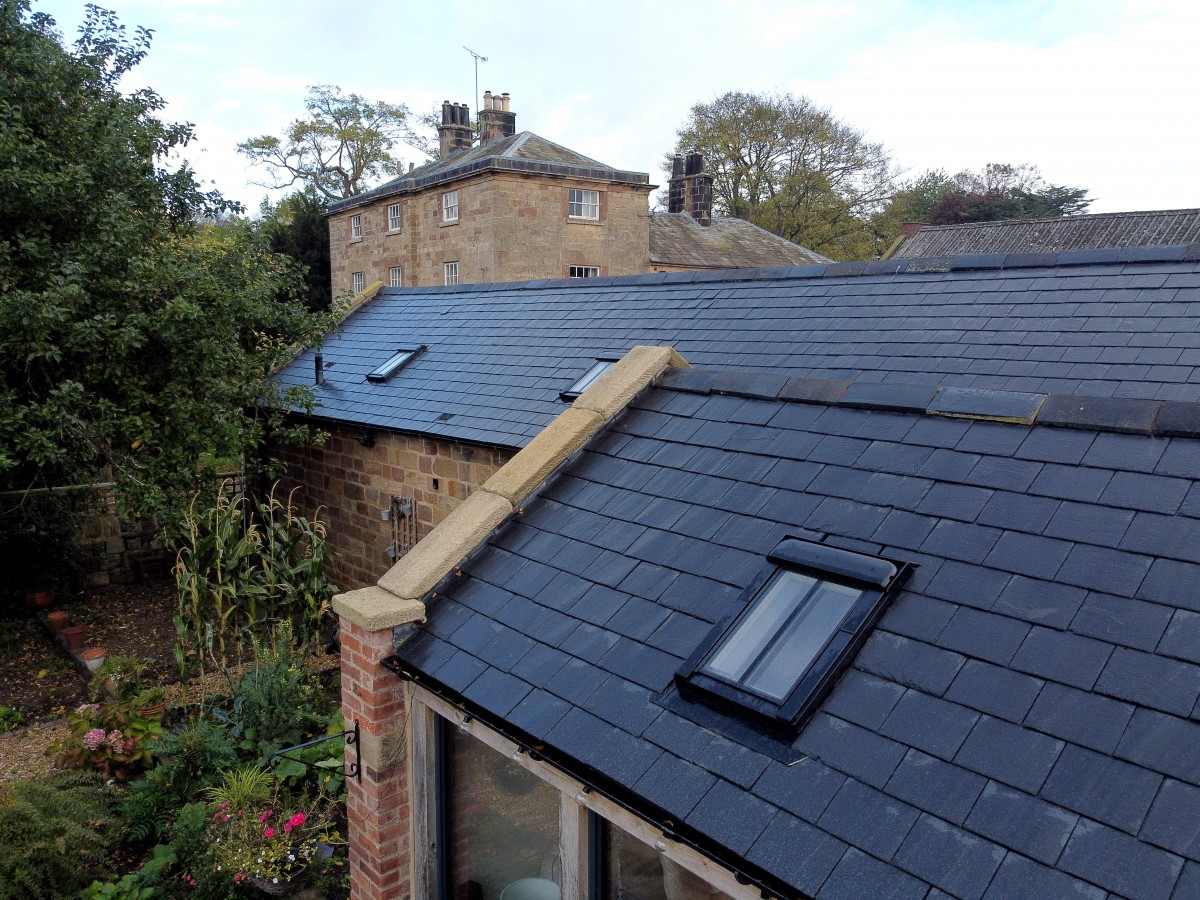